Having Fun with an Old Fruit 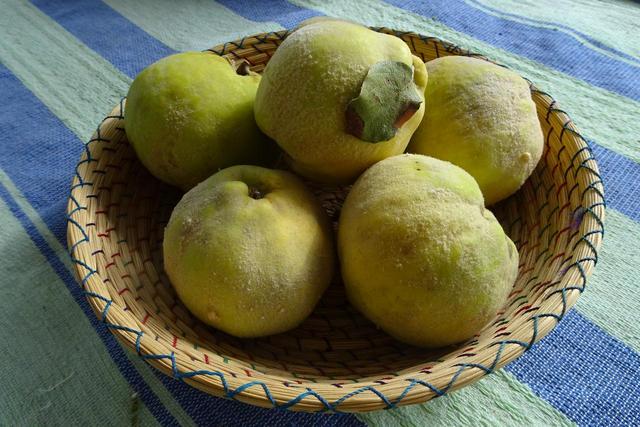 Quinces look similar to apples but are hard and astringent and need to be cooked to bring out their flavor.

I've been experimenting with cooking unfamiliar foods since I wrote my first cookbook back in the early 1970s. These were usually edible wild plants that used to feed the Native people or early cultivars that appeared with the first wave of farming.

Quinces originated in the Near East (countries like Turkey) and were brought to the new world by the Spanish. They arrived in Sonora and what is now Southern Arizona around 1700. They are different that their relative, apples, because they need to be cooked to be palatable.

You can read about my process to learn about quinces, my attempt to combine a few different recipes, and the ultimate end of the odd jam I produced as filling for empanadas (turnovers).